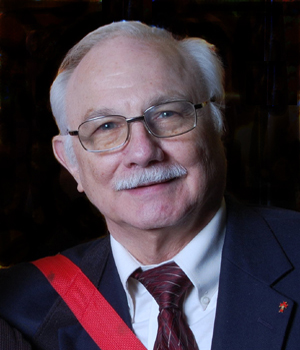 Dr. Ambrosiani graduated from West Virginia University with a Bachelor’s and Masters of Science in Aerospace Engineering in 1966 and 1967 respectively, and a Doctorate of Philosophy in Engineering in 1971. In his early years, he worked for NASA Lewis Research Center, Naval Air Test Center, and North American Rockwell, primarily as a Development and Test Engineer. He later spent fourteen years at Douglas Aircraft starting as an Engineering Scientist Specialist working on a wide variety of projects. During this time, he received his Masters in Management Science while also satisfying all the requirements for a master’s option in Finance and Marketing from West Coast University. While at Douglas, his career broadened to include Advanced Programs, Production (both Fabrication and Assembly), Corporate Operational and Strategic Planning, and New Business Development.

In 1987, he and his wife, Mary Jo, moved to Sandpoint, Idaho, and designed and built their own home. Soon after, he became Director of Operations at a local 100-man electronics manufacturing business. Wanting to combine his aerospace background with his business management and financial interests, they started Cygnus in 1988 based on the Cygnus Code of Ethics. This absolute ethics business philosophy was paramount in creating an ingrained culture of doing the right thing the first time. The Cygnus Code of Ethics was the guidance to ensure employee integrity, participative teamwork, honesty, accurate use of information, quality, and the wise use of resources. This empowering tool, along with employee dedication and over many years of hard work lead Cygnus to become an extremely well-recognized aerospace sheet metal and machined parts manufacturer. Cygnus has earned the reputation of becoming the supplier of choice by many of its prime customers.